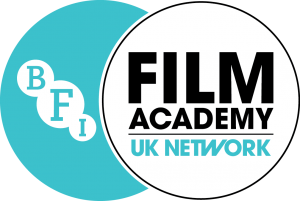 Passionate about film? Interested in a career in the film industry? If so, the BFI Film Academy is for you. This course offers you the chance to be part of our future film industry. As a student of the Film Academy:

Take a look at some of the great short films made by previous participants at the BFI Film Academy on YouTube.

What’s more, you could also apply to one of our seven intensive residential programmes. Courses last between one and two weeks and are designed to develop more specialist filmmaking skills. You will work closely with leading industry professionals who will give you a unique insight into the filmmaking business and guide you along the way.

Once you have completed the course, you will become part of the growing BFI Film Academy alumni network with access to events such as BAFTA career talks.  You will also have access to the White Lantern Film team who are here to give you advice and support as you progress your film career.  You will also join the Bournemouth alumni Facebook group which is updated weekly with opportunities like jobs, short film grant information and other local and national opportunities.

Courses cost £25. If you are unable to pay the full course fee, don’t let this discourage you from applying. Bursaries for travel and childcare are also available if you require assistance with these costs.  In order to apply for any BFI Film Academy course, you must:

The Bournemouth BFI Film Academy runs between 24th November 2019 and 9th February 2020 and if full.  Dates for the next academy will be announced in the summer.

The Academy will run between 24th November 2019 and 9th February 2020 on Sundays from 11am – 4pm (breaking for Christmas) with optional pre-production and editing support during weekdays as scheduled.  The course includes a short film production weekend which will be on 18th and 19th January 2020, typically the days are longer and run between 8am and 8pm.

This years course has now started and is full.  If you would like to join the next academy please check back in June 2020 for details.

If you would like to apply to a BFI Film Academy in another region, please click here.  For more information on the Bournemouth BFI Film Academy delivered by White Lantern Film please visit our facebook page: www.facebook.com/getinsidemovies 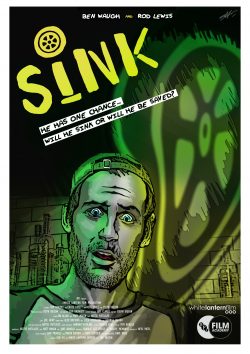 He has one chance... Will he sink or will he be saved? Comedy short created by the BFI Film Academy 2017/18 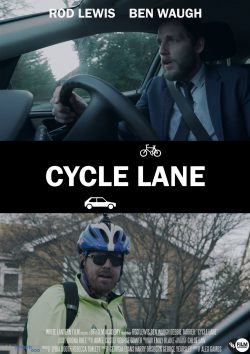 Running late for a job interview, the last thing Christian wants is a heated argument with a frustrated cyclist. Comedy short created by the BFI Film Academy 2016/17 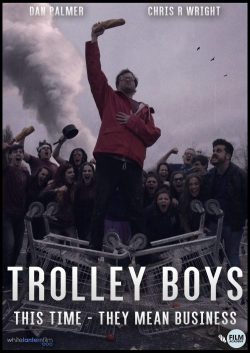 Two supermarkets, an ancient grudge, a new mutiny. A pair of loyal trolley boys take supermarket wars to a new level in this short epic from the BFI Film Academy 2015/16.

At White Lantern Film we make movies that make a difference.  We love film and from our base on the South coast of England, we use our passion to produce provocative pictures that say something about our world.

We have released the award-winning environmental documentary DRYING FOR FREEDOM, the psychological thriller EMULSION and recently the award-winning Sweeney Todd inspired thriller K-SHOP.  We are currently in production with our next feature will be A PATRIOT starring Eva Green.

We are part of the BFI FILM ACADEMY and support the local film industry by hosting B-REEL, a quarterly film networking event, and sponsor the SHORT SOUNDS FILM FESTIVAL, a festival celebrating sound and music at the cinema.  For more info, visit www.whitelantern.film.

We share a wealth of expertise with our sister company TLS, one of the UK’s leading moving image agencies.  TLS creates commercials, animations and content for brands including BT, Sainsbury’s, Garmin, Mizuno, Organix, LV and Sony.  With a range of production and post-production facilities at our disposal, the alignment between White Lantern Film and TLS creates a large, dynamic, creative force in the world of film, television and online content.

To contact the Bournemouth BFI Film Academy, please use the form below or contact White Lantern Film directly.